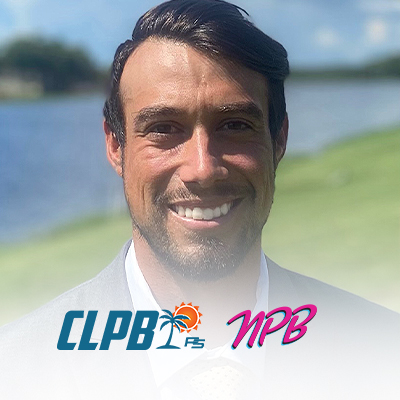 Ryan Valdes is entering his 1st season with the CLPB as manager of the North Palm Beach Flamingos. Valdes currently serves as an assistant coach for Hillsborough Community College in Tampa, Florida. Most recently Valdes served as the Vice President of the Midland Southeast Organization. He coached the 2022 through 2025 class teams working in the organization for the past three years. He coached Midland Southeast to their first National Championship in its organizational history, working with over 200 players in Tampa and the surrounding areas. In 2019 Valdes coached at IMG Academy working with the Post Graduate team, and high school Varsity Blue team.

Valdes played at Alonso high school where he won two state titles and received multiple honors. His collegiate career began at Florida State as a infielder, then to State College of Florida as an outfielder and closer, and finished his career as a outfielder and pitcher at University of South Florida. In 2017 Valdes was drafted by the Pittsburgh Pirates as a Pitcher, reached the double A level, and decided to retire in the start of 2020.

In a brief interview, TJ went on to share these answers on some questions pertaining to the CLPB…

Valdes: I wanted to be in a position to coach high level kids as well as partner with Cressey Sports Performance. I really liked how kids could play games early in the day and then be able to develop and train with Cressey later in the day

As a new coach in the CLPB, what are you looking forward to the most being able to manage your own team this upcoming summer?

Valdes: I have gathered knowledge from some great coaches over my years in baseball that have just helped teach me the game and I am excited to tweak some of those things into my own way and see how it plays out managing my players this summer

As a former professional player, what message will you convey to the players on your team this summer with similar aspirations?

Valdes: The biggest thing is that it’s a grind. You really have to fall in love with the game. The minor league life is a struggle, and you have to be able to not only love the game but love the grind of playing over 100 games in a short amount of time

Fun fact about yourself during your baseball career as a player/coach?

Valdes: In 2014, I had a “career ending” injury in college at Florida State and said that wasn’t going to happen. I got after it and was able to get back on the field and extended my career into professional baseball