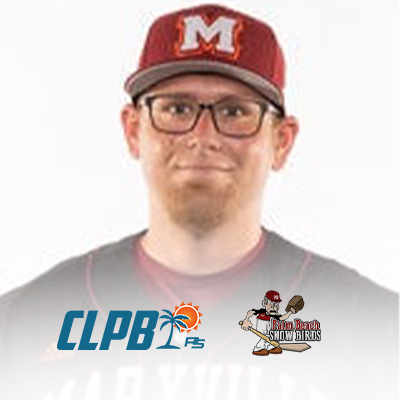 In 2018-19, TJ worked for St. Petersburg College and for the New York Yankees. With St. Petersburg College, he oversaw the strength and conditioning department while assisting with offensive and recruiting duties. While with the New York Yankees, he was a Performance Science Assistant where he oversaw the implementation of new baseball technology and assisted the minor and major league rehab assignments.

TJ then went onto manage the Licking County Settlers of the Great Lakes Summer Collegiate League. The Settlers won the southern division regular and post-season championships but fell short in the championship series. The Settlers improved to a 28-19 record in 2019 after going 9-33 in the previous season. TJ also had coaching stops with Eckerd College in 2017-2018 and Catawba College 2015-2017.

Before his college-coaching career, he had a successful collegiate and professional playing career. In his collegiate playing career, he was a second-team all-region 10 at GTCC as a catcher. He then moved on to Catawba College where he was back-to-back 1st team all SAC DH and 2nd team All-Southeast Region DH. Catawba won regular-season titles both years he played there and were Division 2 national runners-up his senior year.  His summer collegiate baseball career was highlighted with a championship win with the Yarmouth-Dennis Red Sox of the Cape Cod League in 2014. He wrapped up his playing career playing professionally in 2016 for the White Sands Pup Fish of the Pecos League, where he was an all-star and the Ottawa Champions of the Can-Am League. He and his wife, Taylor (a marketing director), now reside in Maryville, Tennessee.

In a brief interview, TJ went on to share these answers on some questions pertaining to the CLPB

The college summer baseball landscape is changing, and I think the CLPB is ahead of the curve and allows for more time to train and get better at the game rather than just spending time on a bus traveling and only playing games

Mostly to learn and be able to have the extra time with a lighter game schedule to be able to learn. Being able to learn from not only the players on my team and in the league, but also from the Cressey program as well

As a new coach in the CLPB, what are you looking forward to the most being able to manage your own team this upcoming summer?

The goal for me down the road is to be a college head coach, and for me to be able to have this amazing opportunity to manage my own team this upcoming summer is a huge step in the right direction for me

What do you feel you can bring to the CLPB to help players development?

Systems thinking. Ultimately everyone must be on the same page through the duration of the summer. I have a background in strength and conditioning and being able to understand how player’s bodies feel based upon what they communicate to me, then I can correctly structure when guys should be on the field based on how their body feels